I was ten years of age when I first learnt about AIDS via the Australian Government’s 1987 TV advertisement – the Grim Reaper campaign (a quick search on google will take you to the advert and other info). Back then, I wasn’t sexually active or even knew much about sex, but the advertisement scared me because it mentioned “Gays” and as a young fella I knew I was probably, Gay. At the end of the 80s, I knew more about HIV, AIDS and that using condoms during sex was key to preventing transmission of HIV. Fast forward 30 years, HIV is still around and AIDS related illness still causes deaths in our communities.

During my adult years, I was lucky to forge valued friendships with older brothers and sisters working in the LGBTQ community across sexual, mental, physical and spiritual health programs that target Aboriginal and Torres Strait Islander Peoples. The older mob provided me with important support and information about coming out, sexual identity, protection from HIV and Sexually Transmitted Infections (STIs), and in essence, they were looking out for me, others and our younger mob.

This social obligation to others is testament to Aboriginal societies and cultures and nurtures our system of self and group identities, our sense of belonging, relatedness, kinship and strengthens our social bonds. All of this compelled me to do my part and share my PrEP story and contribute to education and promotional programs for positive influence.

If we all work together, us mob can help to close the gap on HIV in Aboriginal and Torres Strait Islander communities.

In 2017, I decided to join a government funded Queensland (Qld) clinical trial for
Pre-Exposure prophylaxis (PrEP), which is a drug which can prevent the transmission of HIV. I had multiple reasons for joining the trial. The short-term included: no cost, regular and free screening for STIs and the representation of Aboriginal Peoples in the associated research project for PrEP. The long-term reasons included:

I figured that if I can make a positive contribution, maybe others will too.

In December 2018, the funded trial ended. However, I decided to continue to use PrEP to protect myself from HIV if I decide to have sex without a condom. I also haven’t experienced side effects and I was shocked and upset after reading the following excerpt on a fact-sheet published by the Australian Federation of AIDS Organisations (2018),

“…Between 2012-2016, there has been a 33% increase in HIV diagnosis among Aboriginal and Torres Strait Islander people…”

The increase was new information to me and should be of major concern for everyone, not just our mob. Sadly, mob I knew have passed away from AIDS related illnesses, which all started from HIV. I miss them.

Us mob can contribute to the reduction and elimination in HIV diagnosis in our communities by practicing safe sex – using condoms and also by taking PrEP.

Accessing PrEP is relatively easy. In a nutshell, I booked an appointment with my Doctor, asked for three months’ supply for Pre-Exposure prophylaxis (PrEP), and informed the Doctor that it is listed on the PBS and that I am eligible for the Closing the Gap PBS Co-payment Program. I also referred the Doctor to the PrEP website to increase their knowledge and all the staff at that medical centre.

Then, I went to my local pharmacy down the road from home to fill the script. The pharmacist offered me a generic brand, which is exactly the same drug and still only costs $6.40 per month under the Closing the Gap PBS Co-payment Program. PrEP is free for mob if you’ve got a concession card.

The future and key messages for mob

Mob, it’s important that you understand:

So, don’t be shame, get tested for STIs regularly and treatment if required, use condoms and protect yourself from HIV with PrEP.

In my case, I keep quarterly appointments with the local sexual health clinic to test for STIs. Now, the clinic is able to prescribe PrEP under Closing the Gap and I can get tested, re-fill the script for PrEP, yarn to the Dr and get a free bag of condoms…one time!

A few closing messages for mob,

Practicing safe sex is the best protection and prevention strategy and we all have a responsibility to keep each other safe and close the gap on HIV in our communities. 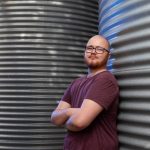 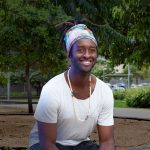