I came out as gay in the mid 80’s when the AIDS epidemic was picking up momentum and the Grim Reaper adverts dominated just about all media, both straight and gay (1987). It’s probably fortunate that I did come out when I did as any earlier and I may not have been around to write this story.

For those of you who do not remember or know the Grim Reaper ads, it was basically a scare campaign to shock people into the realization that AIDS effects everyone – gay, straight, men, women, children – no exceptions.

However, deep down, I still obviously had this fear of catching HIV, as I could never fully let myself go and enjoy the experience.

This suppressed fear came to the surface years later after I started seeing a counselor when my second long term relationship came to an end.

When the Queensland PrEP Trial (QPrEPd) commenced in late 2016, I joined the program and was with it until it finished in October 2018. At that stage PrEP became available on the PBS so now I get a script from my doctor (with 2 repeats) and buy it from my local pharmacy.

To make it even easier, I use the pharmacy online system and leave the scripts at the chemist and reorder online when the app tells me too.

I have been on PrEP for nearly 3 years now.

When I initially commenced taking the tablets, I decided to take them in the evening prior to going to bed. However, I started experiencing very wild, vivid dreams that I found disturbing. When I went back to see the doctor after being on them for 2 weeks, he suggested changing my routine and take them in the morning. I did that and the wild dreams stopped. That was the only side effect I experienced.

The need to be tested for all STI’s every 3 months before getting my next supply of PrEP has made me feel more comfortable that I am HIV negative and that Im not going to pass anything on to any of my sex partners.

If you’re a guy who is having sex with guys and doesn’t want to be concerned about contracting HIV, I strongly recommend you start on PrEP.

It’s not just for the young guys either.

As I’ve grown older and now retired, I’ve found that I have been far more sexually active than I was when I was working so it’s comforting to know I’m protected.

HIV doesn’t discriminate – young or old, you’re vulnerable so be smart and see your doctor about PrEP if you aren’t already on it.

Even though you may be using condoms, accidents do happen and PrEP gives you that peace of mind that you are protected no matter what may occur. 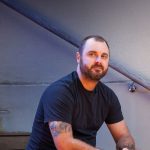 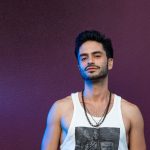