If HIV is undetectable, then it’s untransmissible! Yes, U=U.

Please read the Q & A below to learn more about U=U.

Watch  this video to learn the basics of HIV and Undetectable

A HIV viral load is how the amount of HIV is measured in a person’s blood. This is done by means of a viral load test.
Each person living with HIV has different levels of HIV in their blood. Effective HIV treatment can significantly reduce a person’s viral load to a point where it is classed as undetectable.

Compliance to HIV treatment is key.

When copies of HIV cannot be detected by standard viral load tests, a HIV-positive person is said to have an “undetectable viral load.” For most tests, this means fewer than 20 copies of HIV per millilitre of blood (<20 copies/mL).

An undetectable viral load does not mean you do not have HIV, it means the virus is below the level of detection.

Obtaining an undetectable viral load is the primary goal for people with HIV. With lower levels of HIV in the blood the virus is no longer damaging the immune system.

This video called ‘The goal of undetectable’ may be useful in understanding what this means.

U=U is short for Undetectable = Untransmissible

If a person’s viral load is ‘Undetectable’, it means they are UNABLE to pass HIV to other sexual partners.

With sustained undetectable viral load for six months or more, there is ZERO risk of transmission. This is great news!

U=U is important to understand for both people living with HIV and for people who are HIV negative.

4. WHAT IS THE U=U CONSENSUS STATEMENT?

The U=U Consensus Statement is a global position statement agreed on by HIV and AIDS organisations, researchers and HIV specialists.

5. ZERO RISK? HOW LONG DO I NEED TO HAVE A SUSTAINED UNDETECTABLE VIRAL LOAD BEFORE I CANNOT SEXUALLY TRANSMIT HIV?

You need to maintain an undetectable load for at least six months to not pass on HIV to your sexual partners.

A few missed doses of medications is unlikely to result in a detectable viral load, however it’s important to consult with a HIV specialist doctor if medications are missed.

There are three main studies of men who have sex with men that support Zero transmission risk: 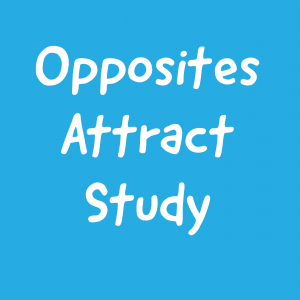 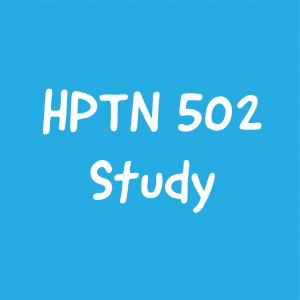 7. WHAT DOES HAVING AN UNDETECTABLE VIRAL LOAD MEAN TO A PERSON LIVING WITH HIV? 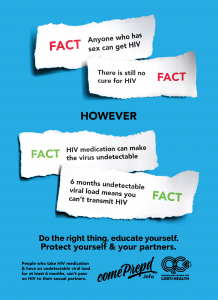 A person with HIV and an undetectable viral load (for 6 months or more) means they CANNOT transmit HIV to their sexual partners.

Being able to say ‘I cannot transmit HIV’ is not only scientifically proven but also empowering.

Some people living with HIV don’t have sex because of the stigma and discrimination they experience from others due to their HIV status or concerns about transmitting HIV to their sexual partners.

Most HIV transmissions these days are from people that don’t get tested or don’t know they have HIV so it’s more important than ever to get tested regularly. 92% of people diagnosed with HIV in Queensland are taking HIV treatment and have an undetectable viral load.

With the ground breaking science behind U=U it means that people with an undetectable viral load can enjoy healthy sex lives confident in the knowledge that they cannot transmit HIV to their sexual partners.

U=U allows people living with HIV to take charge of their health and well-being and also prevents the onward transmission of HIV.

8. WHAT DOES HAVING AN UNDETECTABLE VIRAL LOAD MEAN FOR THE WIDER POPULATION?

HIV has impacted on our communities, profoundly affecting many of its members, their family and friends and the wider communities. The whole of the HIV epidemic will always be remembered as a time when people came together with the common goal of stopping HIV decimating our community. It’s important to remember that everyone’s journey with HIV has been different.

Preventing HIV transmissions in our communities is a shared responsibility, with PrEP, regular testing for HIV and U=U.

9. WHAT CAN UNDETECTABLE MEAN FOR ENDING HIV STIGMA?

Undetectable means that the virus is controlled by medication and therefore there is ZERO RISK of passing on HIV sexually. People living with HIV should not be treated differently to anyone else in the community because of their HIV status.

Remember the overwhelming majority of HIV transmissions occur from people that do not know they have the virus.

10. Will all people living with HIV achieve an undetectable viral load?

The great news is that recent results from the Queensland Gay Community Periodic Survey show that that most people (95%) living with HIV who are on treatment do achieve an undetectable viral load.

It’s important to note however, that not all people living with HIV on treatment will achieve an undetectable HIV viral load. Keeping an open and ongoing dialogue with your HIV specialist about changes to your health options is essential to work out what is the best outcome for you individually, as new advancements in treatment and improved medications are becoming available all the time. Your doctor can advise you of additional strategies to reduce the likelihood of HIV transmission.

YES – there IS a difference. 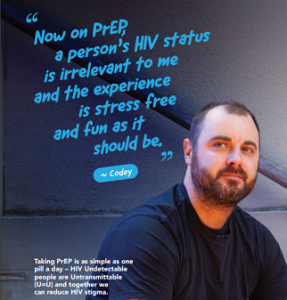 HIV Negative people on PrEP are protected from getting HIV.

HIV negative people who are NOT on PrEP are still able to get HIV. To learn more about the basics of PrEP click HERE

Get tested for HIV, get on PrEP if your test is negative. PrEP will dramatically reduce the risk of getting HIV.

If your test result is positive don’t panic, you can get effective medication and support to manage HIV. This will give you the best possible health and well-being outcomes into the future. Queensland Positive people (QPP) provides support for people living with HIV. QPP is a state-wide service and can be contacted on 1800 636 241 or their website  QPP

Having HIV today is no longer a death sentence, it is now a chronic manageable condition.

Often HIV negative people on PrEP talk about how PrEP has allowed them to break down barriers when it comes to sex. See Codey’s story HERE

12. ARE CONDOMS NECESSARY TO PREVENT HIV TRANSMISSION IF SOMEONE IS UNDETECTABLE?

NO, there is ZERO RISK of transmitting HIV from someone with an undetectable viral load to a HIV negative partner, even without using condoms.

Condoms however do reduce the likelihood of transmitting other sexually transmitted infections (STIs) including: syphilis, gonorrhoea, chlamydia and herpes.

Testing for STIs is an important part of looking after your own sexual health. A Queensland-wide list of sexual health centres can be found HERE

The use of condoms and water based lube continue to be an important risk reduction strategy for anyone wanting to minimise the transmission of STIs. To order free condom within Queensland click HERE

This Q & A was developed by people living with HIV with contributions from Queensland Positive People and Dr Andrew Redmond (Infectious Diseases – Metro North Hospital and Health Service).
Queensland Council for LGBTI Health acknowledge the Traditional Owners of Brisbane, the Turrbul and Yuggera Peoples and the Yirrganydji People of Cairns, and all the other Aboriginal and Torres Strait Islander groups of Queensland whose lands on which we walk, work and live and pay our respects to Elders past, present and emerging. Copyright All Rights Reserved © Queensland Council for LGBTI Health
0